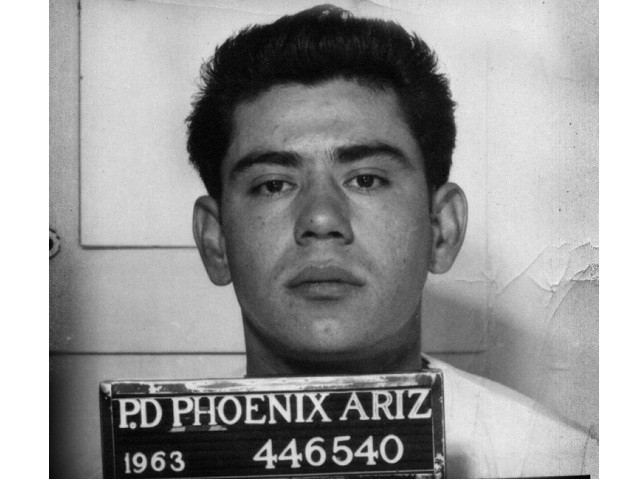 Do you know why you already knew your Miranda rights well before reading them in the preceding paragraph? The answer has everything to do with the man pictured above: Mr. Ernesto Miranda.

In March 1963, a Phoenix woman was kidnapped and raped by a man wearing eyeglasses whose physical description vaguely matched that of Mr. Miranda. When the police arrested and questioned Mr. Miranda, he immediately proclaimed his innocence and agreed to participate in a police lineup. Initially, the victim failed to identify Mr. Miranda, even after viewing him in a highly suggestive lineup where he was the only one wearing eyeglasses. 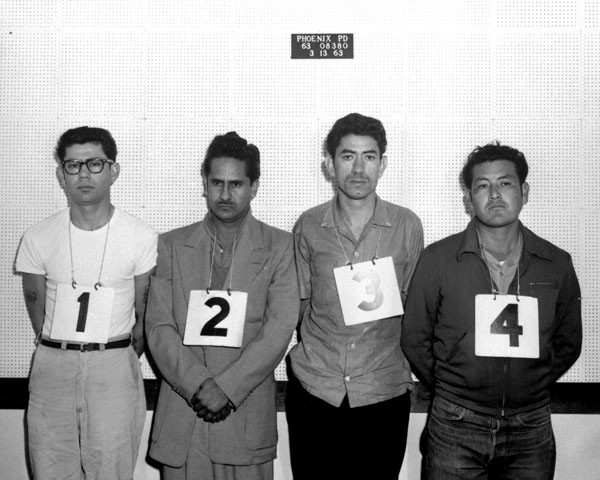 Subsequently, however, the police decided to trick Mr. Miranda into believing that he HAD been identified, whereupon he ultimately confessed to the crime. After trial, Mr. Miranda was convicted of rape and kidnapping and sentenced to 20 to 30 years in prison.

In Miranda v. Arizona, 384 U.S. 436 (1966), the United States Supreme Court overturned Mr. Miranda’s conviction on the grounds that prior to his confession, he had not been advised of his 6th Amendment right to an attorney, nor his 5th Amendment right against self-incrimination (i.e. the right to remain silent). The Court further held that, moving forward, police officers would be required to read the Miranda rights prior to interrogating any suspect in police custody.

Needless to say, police officers, conservative politicians, and their right-wing followers were not very happy with the Miranda decision. They feared that if criminals were made aware of their right to remain silent, that they would actually start to do so, which would then deny police the ability to gain confessions. As a seasoned criminal defense attorney, however, I can assure you that they had nothing to fear.

Over the years, I have defended hundreds of clients who have made damaging statements — if not full, outright confessions — to police officers after waiving their Miranda rights. Moreover, I have litigated and seen how those statements “can, and will be, used against you.” Case in point: You’re pulled over in New York for suspicion of DWI. The police officer casually asks you whether you’ve had anything to drink. You respond with, “Yeah I had maybe a beer or two.” In a nutshell, that statement will now haunt you for the rest of the case, because regardless of how little you’ve had to drink, you have now admitted to DRINKING AND DRIVING. Which means, that even if you subsequently refuse a breathalyzer test, the prosecution can STILL prove you guilty of Driving While Ability Impaired because YOU admitted to having consumed alcohol. It’s simply never, ever, ever, ever, a good idea to start talking to law enforcement once they’ve zeroed in on you for something. And always keep in mind that it’s much harder for the prosecution to prove you guilty when they’re not working with your own inculpatory statements to convict you with.

As for Mr. Miranda, he was retried for rape and kidnapping in 1967. This time, the prosecution couldn’t use the confession that the police had tricked out of him because the Supreme Court barred it from being introduced at his trial. Instead, the prosecution called to the stand Mr. Miranda’s ex-girlfriend, who — apparently after having learned nothing from the first time around — he had confessed to having committed the crime to. Not surprisingly, he was convicted, again. And sentenced to 20 to 30 years, again. He was paroled from prison in 1972, only to be stabbed to death in a bar fight in 1976. A suspect was arrested for his murder, but, in the ultimate Shakespearean twist, when the police went to question him about Mr. Miranda’s murder, he was read his Miranda rights, and subsequently exercised his right to remain silent. And with no evidence against him, he was released!

The irony of the story to say, when law enforcement attempts to interrogate you, always invoke your right to remain silent. And always inform the police that you will only answer their questions through your attorney. To the extent that you have made any statements currently being used against you in any criminal proceeding, please do not hesitate to contact Hamilton Clarke, LLP.